SHED gets a new cover!

My second-released title, SHED, gets a new paint job today. I'm really pumping hard to get several Dovetail Cove titles out and they are all looking fresh and new so I thought it was time to give this book--which is a favourite of many readers--a slicker, newer look. It nicely matches the style of the rest now.

SHED was first released in 2010 and tells the story of Simon and Rupert Ketwood, who are trapped in a lonely life north of the island town of Dovetail Cove. They're poor, but they don't want for anything...so they don't really know they are, until they see the other kids in school with new shoes and new bikes. Simon and Rupe are content to play out in the back field between their own yard and the old power station, but at night, a visitor comes for them.

Between this and dealing with their Mama's new husband, life is getting hard for these two young boys. But their existence is not all horror. There is beauty in Dovetail Cove for the boys too. Set in 1977 in the world of Dovetail Cove, this novella is one of faith, brotherhood and courage. Grab a copy and learn what the bond of brotherly love means for Simon and Rupert. 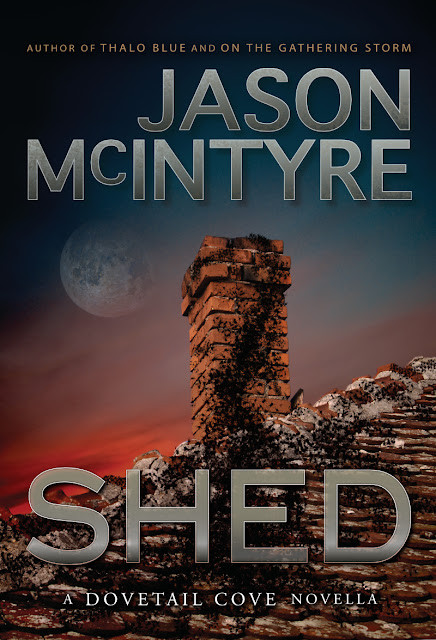