Behind the Words // Thomas Barczak

This week at the Reaches, I have the distinct honour of sharing the stage with friend and fellow author, Tom Barczak. His new heroic fantasy drops in early February and he's here to talk about it and more. Over to you, Tom! 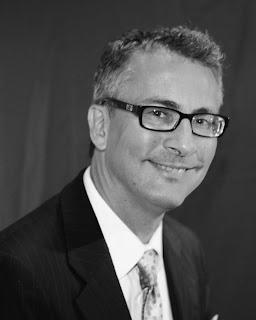 My name is Thomas Barczak. I am an artist, architect, and a writer finally telling those stories I’ve always dreamed about.
My new novel, Mouth of the Dragon, Prophecy of the Evarun, published by Perseid Press, is scheduled for release in Trade Paperback and Kindle on February 10th, 2017. Kindle Pre-Order is now available.
My work also includes the illustrated epic fantasy novel, Veil of the Dragon, and the Kindle serial, Awakening Evarun (Parts I-VI), both set in the Evarun universe. I’ve also written a bit of a campy serial for Kindle called Wolfbane (Parts 1-2 of 3). My short fiction includes contributions to Heroika 1 - Dragon Eaters, Nine Heroes, Terror by Gaslight, and What Scares the Boogeyman, as well as stories for two volumes Janet Morris’ award winning Heroes in Hell series, Dreamers in Hell, and Poets in Hell.
I write because I must. I write because I need to tell others the stories I’ve held so long inside myself, stories that inspire my paintings and my poetry — stories that have always been with me, ever since I was sitting at a table with friends, slaying dragons.
My new novel, Mouth of the Dragon, is dark, epic, and redemptive fantasy challenging everything a hero’s journey can be. 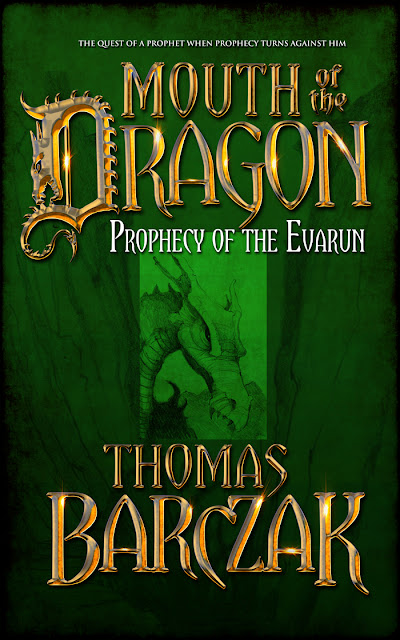 Chaelus, once Roan lord of the House of Malius, now vessel of the Giver reborn, has defeated the Dragon of legend. Now he must rescue his brother and his kingdom, both beyond the Dragon’s Veil.

When the legendary dragon resurges among drums of war, it threatens Chaelus, the human vessel of prophecy who once defeated it, and those loyalists the man holds dear.Now Chaelus must confront the Dragon a second time, as prophecy has foretold.

With his remaining followers he pursues the Dragon. When he finds it, he finds that the blood of his past has returned to reclaim him.

And even with the power of prophecy at his summons he cannot defend against it.

Tempted to save all he’s lost, abandoned by the prophecy he’s vowed to serve, he falls under the spell of the Dragon, and learns that the dragon you hunt is the dragon within you.

Chaelus must defeat the dragon for all time, but finds he cannot, until he first surrenders himself.

As for me, and how do I write?
The biggest excuse I hear from other writers, and have often made myself, is “How do I find time to write?”
It’s really simple. You eliminate the reasons not to. For myself, raising my sons, growing in a career as an architect, along with a multitude of other commitments, both personal and spiritual, there isn’t a lot of extra time. It is rare and far between that I will ever have even a few hours just sitting around, waiting to be earmarked for writing. Some people do. I do not.
So that was the first excuse I had to get rid of. That oft touted idea that If I’m serious about being a writer, I have to have to sit at a certain space, at a certain time, several hours, every day, in order to be successful. Ain’t. Going. To. Happen. So what did I do? I learned to write 15 minutes at a time. I learned it was ok to bounce around within my storyline. I learned it was ok to drop what I was doing and write any time my Muse came to me. In fact, I depend on that. You do have to be consistent though, and the end result does have to make sense. But how I get there, I learned that’s up to me. I learned I didn’t have to write so linearly. I learned I could be consistent without being so rigid. I learned I could write and be successful in a way that worked for me.

What I found as well, once I got rid of that excuse, was that it helped me to get rid of another. Writer’s Block. When you’re writing multiple story lines at once, it becomes fairly simple to bounce around. When you get stuck on one storyline, you just bounce to another. That freed me up both creatively and productively.
There’s another one, and for me, one of the hardest. I think that most writers suffer from it. Some just learn to manage it better than others. That I’m not a good writer. The great truth in dispelling that one is that it’s completely irrelevant. Writers write. Period. One of the first things I tell people who want to write is that you have to be willing to write bad. When you’re ok with that, everything else is downhill, because, you know what? You get better with every word. That’s how we learn, by making mistakes, by listening to and accepting criticism. Writing is no different and I really don’t know why we think it should be.
Oh yeah, it’s because we’re impatient, at least in part, at least I know I am.
And that’s one of the last ones, the one that makes us quit when it starts getting hard. So here’s a little trick I learned early on:
There’s a story about a group of people who went on an expedition in the woods. Only one came out alive. That person told a horrible story about how a bear had attacked their camp and killed everybody but him. People asked him how he ran away from the bear and nobody else could. The man replied, “I didn’t run faster than the bear. I just ran faster than the guy behind me.”
So really, It’s just a numbers game. The only person that can take you out of it is you. If you work hard, and you don’t quit, you will succeed. You can’t not. You have no excuse.