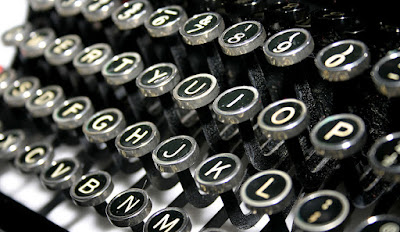 Recently, I posted a few #WritingTips on social media, places like Facebook and Twitter. I didn't (and never do) intend to be a writing guru who espouses the right and the wrong ways to produce creative work, not like some messiah on a mountaintop. A, I don't proclaim to be the best writer on earth, merely a competent one who enjoys it immensely. B, there are more than enough qualified teachers of creative writing, the fictive form, and the like. And C, I don't believe there is a right or wrong way to do anything of a creative slant. To each their own. Lots of rules, guidelines, best intentions, well, they're simply made to be broken--and done remarkably well by talented geniuses.

However, I do follow some basic tenets for my own writing. And, as I write more and spend more time inside my own head trying to coax the tales from the clutches of my sometimes evil muse, I'm coming to understand that these tenets have been guiding my prose and my process. They've been built into me from reading, watching, taking part. They are a part of me as a writer.

But. They're not to be taken as rules. Hell, I probably break them on occasion. Or, at least, bend them. But I thought it would be useful (at least, for me!) to start transcribing them as they pop up in a more tangible form.

I've often said that writing, for me, is just me banging around in a dark room and looking for the light switch. These tenets are a bit like that too. Until now, I've never compiled them in a list or, really, even thought too deeply about them. But I believe in them. I think they do make for better writing, better stories. And, isn't that what a writer should strive for.

You can't lie to your audience.

If you show a character (i.e., have them in the story), the audience will create a mental picture of that character. You can't have that same character crop up later and pretend it's a different person, then magically REVEAL that it was the same character. That's manufacturing suspense. That's cheating.

This precludes a scenario with an unreliable narrator. Thing is, you've got to be upfront about that situation. Or, at least, fairly upfront. As the storyteller, you are handing your words, by proxy, over to someone else, someone you made up, to do the dirty work. Fairly early on, you need to be upfront with details that can make it at least somewhat obvious that this creature yakking on your behalf maaaaay be peppering the tale with something shy of honesty.

Again, not a rule. But if we're being honest, the reader may feel cheated if she gets to the end of a three-hundred page tome and finds out the narrator made up the whole hinge on which the story turns.

I know, I know. It's fiction. Everything is made up. But INSIDE the story, everything is real. And it needs to come alive that way. You can't set something up as true and obvious, then say, "Oh, yeah, that was not true."A narrator can do this, but you, the writer, cannot. Remember the famous twist at the end of The Usual Suspects? That wasn't the director and screenwriter lying to you. It was Verbal Kint, a character inside the world. And it was perfectly legit.

(By the way, I often use movie references instead of lit references because, hey, it's 2016. Most people have the shared experiences of a common blockbuster flick, rather than a book. Sad, but true. If and when I come up with a great example from the Harry Potter books, I'll use it. Lots of people have read those.)

3. You're just not holding it right.

Now, I read a book last year that used lies badly, in my opinion. It's one that I alluded to in the #Tip.

Here's the basic setup. Two main characters, both men. One chapter follows one man in the present day as he goes about his life preparing for the end of the world. The next chapter is about another man who has woken up from a cryogenic sleep to the aftermath of the end of the world. The book alternates chapters between these two main characters until its end. As a reader, my first question is, well, are these the same characters? It would be neat if they were. Kind of a, before-and-after situation where we see his mental state on both sides of a catastrophic world event.

As a writer, you build a character by what they do. You can offer physical descriptions (many writers do) but the bottom line is that, if you tell a reader that this is Bob, he's blonde, and this is Dave, he is a brunette, then the reader begins to form a mental image of Bob and of Dave. Sure, they don't appear on-screen together. But they appear on-screen. And that screen is inside the reader's head. They are now following the rules you have written.

Ok. Check. Got it. These are two different main characters. Well, hmmm. Maybe they're related somehow. The book isn't too interesting but maybe I'll find out the connection between the two men. There should be one, somewhere, if they each get top billing and I'm following their stories in equal parts, one chap for him, one chap for the other. Also, the question of how society ended and how it was resurrected, that's a compelling query. Maybe I'll get an answer to that. There's nothing on TV and my Internet's down, I'll keep reading.

Long story, boiled down. I didn't get an answer about the end of the world in that book, didn't get one about its resurrection either. But, bam!, the big reveal is that both men are actually the same guy. And it all sat on a sandy perch consisting of cockamamy nonsense about how he was given a new name after the cryo-sleep. Huh?

There was no address of his completely different physical appearance and, if I recall, we got some bit about memory loss from the cryo-sleep. Uh-huh. We haven't had that trope in a fiction tale before. Another perspective on that one in a future #WritingTip.

But, but, but, you say! It's a reveal, you say! What about suspense, you say! It doesn't need to be shown before the writer is ready. It was a really great basis for the story. If you look at it, the same world, observed before the collapse and after, from the same character who, miraculously, survives in a hyperbaric sleep chamber. That, right there, is goddamned interesting. Tell us that.

Who was the much more famous-than-me writer who said, Don't manufacture suspense? Your reader will suss it out and sit waiting for you to confirm it. Damn, who was that?

Give your readers as much information as possible as soon as possible. To heck with suspense. Readers should have such complete understanding of what is going on, where and why, that they could finish the story themselves, should cockroaches eat the last few pages.

If the writer is doing his magic, there will be suspense that grows organically out of the situation. Yeah, we know that the male character from BEFORE the cataclysm can't die if we understand that he appears in those alternate chapters as "Future Man". (Not sticking by that is a rule break of another sort) but there is still the worry that he MAY die in the future timeline. Instead, the writer lied up front. What's more, he/she went out of his/her way to slam the idea that the two characters were the same person when we, the reader, had that idea straightaway. And the author only did it this way to manufacture this magical reveal at the end.

I felt burned here. If it's a genuine surprise and makes the reader say, "Ohhhhh, I get it, cool!" or "Actually, I saw some clues!" then you're a-okay. But if you whack your reader in the head for being so dumb to think it's actually the same character, then conjure another three hundred pages and a faulty "explanation" about how it's actually true, then no, you don't get a pass.

Again, just my opinion. Can you think of examples when the storyteller outright lied to his or her audience?

Lost and Found, a new collection by Maria Savva

Lost and Found is a new collection of short contemporary fiction by my friend and fellow author Maria Savva. There are seven stories and Maria tells me that, while none have been published before, the seeds of their inception go back more than fifteen years. Some have been completely re-written from a 'lost' floppy disk. Wow. Can't wait to dive in!


The book is currently available for pre-order on Kindle: http://www.amazon.com/Lost-Found-Maria-Savva-ebook/dp/B01BX7Q6HE. The e-Release date is 18th March 2016 with paperback coming soon! 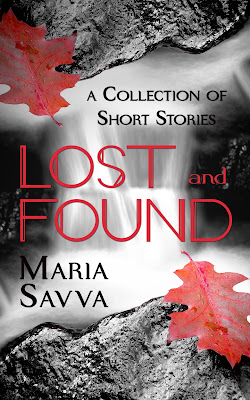 A bit about the collection...


Human nature is not neat and predictable.
What makes us betray a loved one?
Can isolation lead to irrational behaviour?
Why do other people’s lives always look more appealing?
Ordinary people living ordinary lives, torn apart by regret, remorse, and deceit. We’re all stumbling through life together. This collection of stories shows you the Lost and Found among us.


Find Maria Savva on the web: