And The Winner Is...

The contest is over and we have our winners! Thanks to everyone for taking part and sharing word of the contest and the new book.


Alex Kimmel won the main prize. He gets a pack of ebook PLUS a signed softcover edition of the new book when it's available later this summer.

Robert Pruneda won the second prize, consisting of all the ebooks in the Dovetail Cove collection so far.

Mark Bordner also wins the second prize and he gets e-copies of all the Dovetail Cove books so far as well.


Apologies to the ladies. I know you're out there and you definitely took part. The winners were chosen at random by random.org through Rafflecopter's engine and just happened to select three handsome and strapping boys to get the free stuff. Get 'em next time, lovely ladies!

So, on to more business. You all were supposed guess the title. I had some awesome guesses, including... FRED, DEAD, MED and SUPERTED. I love some of the creative rhyming ideas, you guys came up with. Who knows? One or more might be the titles of upcoming entries in the Dovetail world -- there are ten titles in all and this one is the fourth to be released.

So what's the real title?

And here's the cover, designed by Greg Simanson at Booktrope Editions... 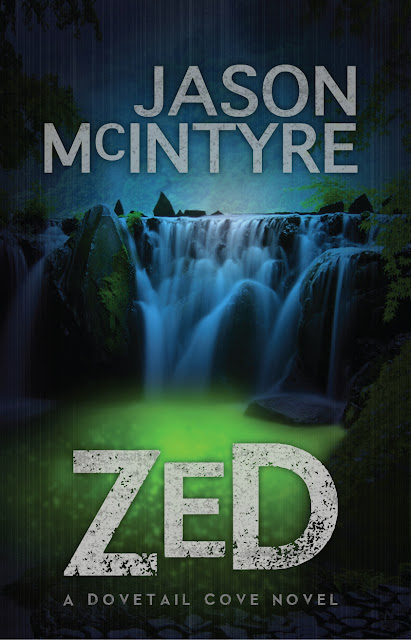 "It’s the waning dog days of August, 1975 and Tom Mason’s in Dovetail Cove for the last few weeks of his summer job at the group home. His boss and the home’s owner is Karen Banatyne, one of the wealthiest folks in town. It seems like she’s got it in for Tom; she's the only one standing in his way as he scrimps for a new camera.

But Karen has her own problems. A regulatory agency might cut off her funding, plus her hubby hasn’t been seen in a few weeks, and she’s not saying why. Most ominous of all, it seems as though something’s hiding in the hot spring north of the main beach and one of Karen’s ‘houseguests’ is about to come face to face with evil. Tom is too."

ZED from Booktrope Editions is available everywhere on August 27, 2015