What the heck is a Mosaic Novel?

A mosaic novel is a novel in which individual chapters or short stories share a common setting or set of characters with the aim of telling a linear story from beginning to end, with the individual chapters, however, refracting a plurality of viewpoints and styles. 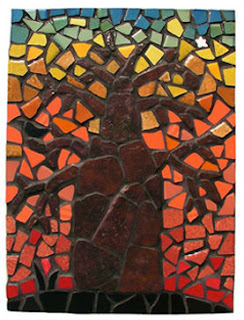 About a year ago, when sales of my short novel, SHED, were accelerating faster than anything else with my name on it, I was working on a new novel about a young woman with a terrible burden and I realized two things.

One, the new novel was not only related to SHED, it was fundamentally important to SHED and its characters and world. Both books take place on the same island, in the same town and during the same time frame: the 1970s in an iconic period of Americana. Most important of all, the characters and back story were shared.

The second thing I realized was that I needed more novels to tell the whole story. There was so much more here than could be told in one book. I also had a surprisingly quick understanding of what the other books were and how they wove into one another. It was clear to me that this was an unusual way to tell a large story so I started researching to see if other (and, surely, more experienced) novelists had tread the same ground. They had.

Generally, a mosaic novel involves a bunch of writers getting together to write their own stories using the same characters, rules and setting. A famous example is the Wild Cards series spearheaded by George R. R. Martin. 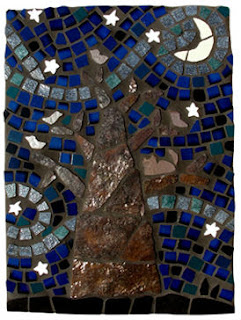 The difference between Mr. Martin's effort (and that of his writing cohorts) and my Dovetail Cove series is that I'm writing all the chapters myself. There will be different styles and viewpoints. Some characters will die in the midst of it it all. Some may fade in and out like the volume on an old gramophone. But the intent will be to tell one big story in the warmth of each individual tale.

You'll be able to read each one on its own -- or as a collage, with each informing the next and the previous, and the entire collection.

BLED is the tale of that young woman suffering under a terrible burden. She lives in a small town with characters that orbit her life like a series of messy satellites. Some of those satellites intercept with the two young boys and their parents in SHED which happens a few summers later. In between, before, and after, my hopes and dreams call for as many as nine or ten subsequent novels, stories and novellas that deal with these satellite characters. They'll also deal with the decades of the seventies and eighties on the island and all the terrible, beautiful drama of this wonderful cast.

Up next, will be the third book, DREAD. Some of you have seen the cover. Some of you have even enjoyed a pre-release beta of the story. And many of you have been startled at how DREAD pulls the other two books together and sets us up for a journey down a deep, dark path towards the island's musty secrets.

I can't wait to walk it with you.