The Quillective Project is a poetry collaboration between Amber Jerome Norrgard and Robert Zimmermann Ben Ditmars and Scott Morgan. The following is a guest post from Amber, describing the project.

With black and tan stripes over his white coat of fur like Valentine’s Day chocolate nestled in a box, and a heart-shaped mark upon his nose, Valentine had been named perfectly.


He’d rush to the door when I came home from work, and wind figure eights between my legs with such precision, I never once came close to tripping. Watching television or working on my computer would find Valentine curled up in my lap, and at night, he’d curl himself against my side, and I’d find sleepy comfort in stroking his soft fur as he purred against me. If I slept too late in the morning and he was hungry, he’d wake me by bumping his forehead against mine until I opened my eyes, and then he’d bite my nose, so gently he’d never leave a mark. He’d steal French fries so gracefully that you would be too amused to be angry, and pouring a bowl of cereal was enough to have him running to meow for his own bowl of milk.

But through his life, one thing remained the same: Valentine, true to his name sake, gave love, expecting nothing in return. If I learned anything from the kitten with the heart-shaped mark on his nose, it was that giving brings joy in and of itself.

I adopted Valentine in 1997 from a no-kill animal shelter, and it wasn’t until later that I realized it wasn’t just a kitten I took into my heart and home. I had also opened my heart and soul up to a chance to bring a positive change into this world we live in. Though no longer with us, Valentine was the bridge to understanding that sometimes, its better to give than receive, and that we can be the change we want to see in this world. 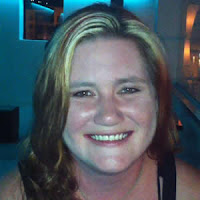 The Quillective Project began as an idea as a poetry collaboration between myself and Robert Zimmermann, and not long after, it expanded to include Ben Ditmars and Scott Morgan. Originally slated to be released around Christmas, that idea was changed when Ben suggested having all the proceeds go to benefit a charity. And an idea was born. Why not make 100% of the proceeds benefit a worthy cause, not just for this one book, but for future collaborations between myself an other authors? Why not start something that has nothing to do with me, why not use my voice, why not use my words to benefit those that are not so fortunate as I?

Even if someone sees this poetry book and doesn’t buy it, if it inspires them to go out and make a positive change in the world, no matter how small, that alone is priceless. And this isn’t just a one time benefit. As long as the organizations that are chosen as beneficiaries for The Quillective Project’s yearly collaborations are in existence, they will benefit. Every time a book is purchased, whether one week, one year, ten years, one hundred years from now? It's still going to benefit each organization.

I used to say that my memoir about being adopted would be the most important piece of writing I would ever do. I was wrong. Anything I write for The Quillective Project is what is going to have the most lasting impact.