Behind The Words // Marni Mann

I'll be honest. I'm not sure what drew me to try Marni Mann's new book. She and I have been connected on the web via Twitter, Facebook, Goodreads and probably a few other places for some time, and I knew what she liked to read, what she liked about my writing and that she seemed very far from the subject matter of her first novel. Yeah. That's it. I think that's has to be it, the very heart of it right there: that she seemed so different from the people in such a dark world, this one that she was writing about. I suppose I had to peer inside and see if she was actually able to pull it off. They say you should write what you know. Did Marni know this world? Come on! Really know it? Or was she inhabiting a facade like an actress? I had to know. And so I crept inside her story.

And I must continue the honesty. She pulled it off in a way that I didn't expect.


Marni's first book is black. The blackest. But it's well-put together. Well-drawn and unexpected.

Here you are. You've been admiring this sleek, inky paint job on a vehicle you've simultaneously thought was cool and alluring since forever, but you've also been told by Mom, Dad, big bro and all your friends that it's dangerous. Way hardcore. Too much for you, little one, talk like that. It's the harshest ride you'll ever have, small fry, and it will go faster than you'd ever dreamed possible before. So fast that you'll never catch your wind again. But here you stand anyway, caution gone to the wind, ready to rub a tentative finger along a stretch of that black, black sheen of it, the paint job you know you shouldn't touch. And that's when the engine roars to life. This dangerous black mood rams right over you, tires rolling across your guts, first the front set, then the rear. And now you're being dragged along behind it, staring at the road, at the car, the tires...staring at pieces of yourself.

Still, you can't look away.

That's Marni Mann's book. At least, that's how it was for me. And I gave it five stars for the honour of yanking me along at those impossible, breath-stealing speeds.

In her own words, I give you...Marni Mann.

Marni Mann on what she does, where, how and why... 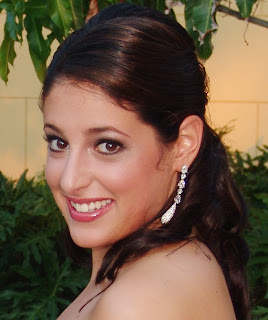 Life is a beautiful mess of emotions. Within that storm, there’s a darkness that breathes inside us. Its face can be a memory, a period of time, thoughts, feelings, or even desires. Instead of burying those demons behind layers, I choose to acknowledge them. I give those faces a voice and let them flow onto the page. Writing is my therapy. I’m inspired by pain and tragedy, and how people overcome both. My muse isn’t a person. It’s a cluster of feelings. Those feelings come from things I’ve witnessed, situations I’ve experienced, and heard firsthand.

Music sets the mood and pace for my writing. My taste is wide and eclectic, and really depends what type of scene I’m working on. The heavy beats of dubstep work well for action. Rap and R&B are for when I hit emotional moments. Alternative, rock, and metal are for the blackest periods. My characters speak to me, they show me how they’re feeling, where their paths derive from and end, and music helps express each of their stories. 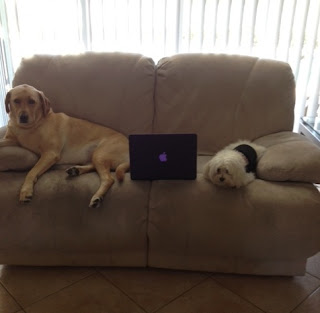 Where I write depends on my schedule, the weather, and what time it is. Because I live in Florida, I can work outside throughout the whole year, sitting at the table in my lanai, on a float in the pool, or on a towel at the beach. My home office provides little creativity, but I can lock the door and buckle down when I’m under deadline. I try to multitask as much as possible, so the couch gives me space to snuggle in between my two dogs and scratch their ears while I’m reading over a scene. I’ve gotten some pretty interesting material at Starbucks. Even with headphones in and music blasting, it’s unbelievable some of the things I overhear. I must have a you-can-tell-me-anything-kind-of-face or appear lonely, because coffee drinkers will sit at my table, ignore the laptop in front of me, and bare their soul. It’s bizarre, there’s no other way to describe it, and oddly helpful at the same time. 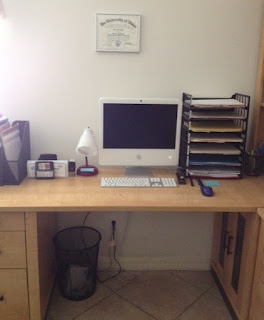 Because writing is such a solitary activity, it’s important that your process is understood, accepted, you maintain a balance, and you’re emotionally satisfied. That could mean a hug when you’re having a bad day, an ear if you need to vent, a beta if the writing isn’t clicking into place, someone to make dinner when you’ve hit your zone, or a lift to bed when you’ve fallen asleep on the couch. I’m extremely fortunate to have that kind of support. 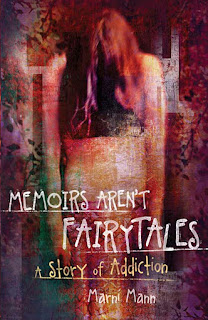 My first novel, Memoirs Aren’t Fairytales, is about heroin addiction. I took a journalistic approach, very Lisa Ling-like, interviewing addicts, attending meetings, watching one prepare and shoot their drug of choice. I’m not an addict nor have I ever tried heroin, so I needed to be on the front lines, without armor or a gun, recording every detail in my brain. Addiction isn’t pretty. Neither is my novel. It’s raw, gritty, dark—much like my research—but a realistic account of a young woman’s descent into addiction. I’m currently working on the sequel and it should be available around summer 2012.

Oh thank you, Mz. Marni. How wonderful of you to let us peep behind the curtain and learn more about you and your process. I'm sure many readers will be pleased to know about the coming second book!