Behind The Words // Allen Schatz

Allen Schatz is the author of two mystery/suspense stories, “Game 7: Dead Ball” and “7th Inning Death” and approached me to see if we might be able to find room for him on The Farthest Reaches. I was excited and pleased that he would be interested and, not knowing his work, I was still keen on learning about his creative process. So, without ado, I graciously turn the floor over to Allen... 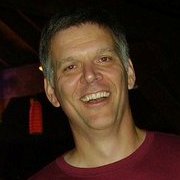 I am me. There are days I’d like to be someone else, but the technology does not yet exist for that, so…

I’ve written what I like to refer to as “The Best Books Not Enough People Are Reading” – or as they are more formally titled: “Game 7: Dead Ball” and “7th Inning Death”, two mystery/suspense stories completely devoid of vampires, zombies, and/or teen angst, which, now that I think about it, may be the reason the informal tag holds true.

Side note: I’m trying really hard to change that.


Allen on his writing space...

Enter the front door of our home. Kindly shut the door and remove your shoes if you’re into that kind of thing (the shoes part; definitely shut the door). A staircase faces you. Ascend said stairs. When you reach the top, turn left and gaze into what was once a bedroom – of our son, who has since moved out (to Hollywood, CA) – but is now “The Domain of Writing.” 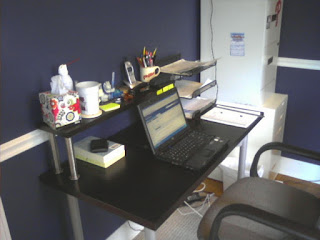 Look to your left. There is an unassuming desk against the wall. I believe IKEA, but I forget. On the desk are the various tools one would expect to find: pens, pencils (stored neatly in a coffee mug; 1980 Philadelphia Phillies commemorative issue no less), stapler, tape, etc.

A laptop rests in the center. A notepad sits to the right of the laptop, most likely with a pen atop, waiting for a chance to record some trinket of wisdom. An iPod will be sounding out music, except when it isn’t. Some days I like the background noise, some days not. It follows no set rule. You may find the remnants of breakfast or lunch on the desk; I usually eat those meals here.

The rest of the room includes two stacked filing cabinets in the corner, a wardrobe, and a futon for guests to use (a nice one, with a very good pad/mattress; I’ve not personally verified this with actual sleep, but I’m told so by my sources). It’s very likely Rocky, our Shih Tzu/Yorkie-Poo mix dog, will be “resting” on the mattress. Penny, Rocky’s “sister” and Lab/Pit mix, may be about your feet.

From the desk, when seated, I can see outside through the hallway window or the bedroom window, into the backyard and beyond. It’s scenic when the need for something scenic arises.

Allen on his work...

“Rally Killer” – the second sequel to Game 7 and first to 7th Inning was released in August. It is similar to the others in that I am writing it, so it will be in my style. It also involves the same core set of characters as the first two, but could easily stand on its own (as could any of the series). And baseball is its canvas. 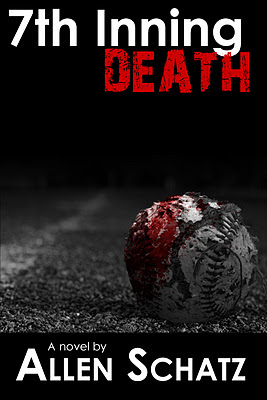 I am also in the process of awaiting proof(s) of Game 7 to get ready print distribution. As with the original publication (of it and the other two), this is a “self” effort, using CreateSpace as the tool of choice. The original eBooks were published via Smashwords and KDP (Amazon’s Kindle Direct Publishing).

I did the whole “traditional” thing, but that didn’t exactly go as planned. I’m not the first to say that. What I’m doing instead is more fun anyway. I’m controlling it.

Allen on his writing style...

I’ve been told I’m “Grisham-like” in my style, but I don’t know about that. I do believe I am unique in that, as mentioned, there are no vampires or zombies, but more significantly, I use a canvas not really ever tried. America’s Pastime is so full of stories every day. I love the game.

But what I do isn’t “baseball” writing. The path I took with having an umpire as the lead is an example. I don’t go for the obvious (no games are fixed). I also have what readers have said is a unique approach: first person for scenes involving Marshall; third person omniscient narrator for all others. Based on reviews, I think I’m onto something with it. 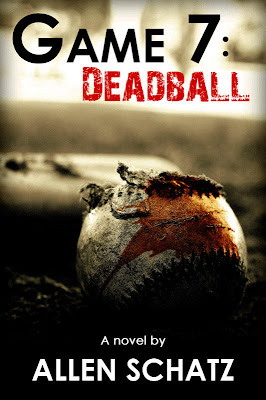 I use the laptop noted above, Microsoft Word to be more specific. After initial outlines, I’ll add in research on the fly as scenes write themselves (and they DO write themselves, more often than you might imagine). At the moment, I’m working hard to make this my “job” on a regular basis, so I’m at it every weekday, staring first thing until I lose the muse.

Editing is also on the fly by starting over and over and over until it feels right. Add in a hefty dose of outside help from a seriously skilled editor (and writer) named Earl McDaniel. I was introduced to Earl by a neighbor and he has been beyond anything I could have expected. That he is an English teacher by trade doesn’t hurt, either. He sees dead passages. I’d be lost without him.

Allen on his team of supporters...

My wife would like this stuff to pay the bills, but gets where I’m going with it. She is proud of me. She loves me. That puts me ahead of the game. Being that I’m alone with the two dogs during the day, and that I “quit” when it gets to be dinner time (I’m the household chef), space is not an issue. This is what I’m doing. She gets that.

My daughter thinks it’s cool I might be famous some day. She otherwise doesn’t much get involved. My son is trying his hand at screenwriting, so he gets the whole thing, too. All in all, the family dynamics are no better or worse than if I was still schlepping around as an accountant from 9 to 5 at some office.

And that’s a good thing.

Where to learn more about Allen Schatz...

Readers of suspense and mystery books, take note! Looks like Allen has come up with a unique twist for the genre. Thanks for being with us, Allen!
Posted by Jason McIntyre