Behind The Words // Cyndi Tefft

The year was 2010. The month, October. I was a fainting fool at the hands of a brand new Twitter account. I had all of three followers. I was excited.

I believe one of my first half-dozen followers was an indie author named Cyndi Tefft. She seemed enamoured with my surname and confessed to being madly in love with people from Scotland. I quickly unlisted my phone number and wrote a hasty email to friends telling them where they could find keys to my safe-deposit box should I mysteriously go missing.

I also left word that I was conversing with Cyndi. Well, months later, I'm still here. Cyndi didn't have anything to do with any of my abductions over the last year, but we've had some goofy conversations out there in the Twitterverse, just the same.

She's got one novel out and about and more on the way. Please, dear Cyndi, take it away and share some of yourself with the good readers out here...in the Farthest Reaches! 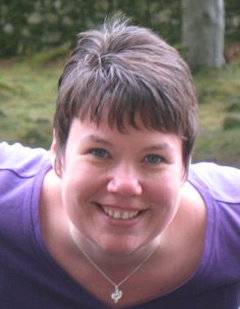 Who is this Scot-loving lady?

I am a self-proclaimed Scot freak. I love everything about Scotland, though I have only the tiniest drop of Scottish blood in me. I signed up for Ancestry.com with the express intent of finding a Scottish ancestor in the mix. I had to go back hundreds of years, but I finally did. That was a great moment. Ha!

My debut novel, Between, a young adult paranormal romance launched June 1, 2011. It's a love story between a girl who dies in a car accident and the 18th century Scottish Highlander who comes to take her to heaven. Go to www.goodreads.com/cynditefft to mark it as to-read!

I usually write while sitting on the couch in the living room or sometimes in bed. I always have classical music playing while I write. It helps to block out distractions and get me in the zone. My favorite is Brian Crain's Sienna album. I've probably listened to that 1,325,975 times (give or take).

I'm currently working on the sequel to Between, called Hell Transporter. Aiden is a transporter who takes souls from earth to heaven, so the second book is about his counterpart. I'm about halfway done with the book now and am aiming for a spring release. In the meantime, I've posted a couple of teasers on my blog to keep the readers interested while they wait for the book to come out! 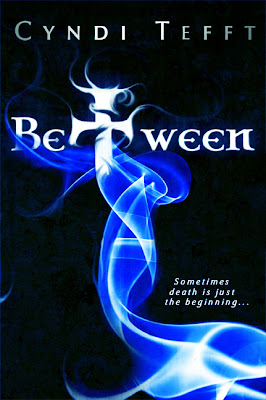 How you do whatchoo do...

I love historical fiction, the ability to be transported to a different place and time. Most of the research for my book was about 18th century Scotland and France. I'm glad I didn't live there then, but it is a fascinating time to write about (you know, when they wore kilts all the time- hehehe).

I write in a linear fashion, though I sometimes jot notes down about where I want the story to go eventually. Between took six months to write and over a year to edit. The editing time darn well better improve on the next one!

I work full-time, so I don't have much spare time to write. It's usually on my lunch break and/or after the kids go to bed. Sometimes, I'd feel the burn to get the words down on a weekend day, and my husband would take the kids to the park so I could write. It's hard juggling all the things I want to do, all the competing priorities of family, work, church and writing, but it's worth the effort. I am very blessed!

Thanks for letting me guest on your website, Jason!


It's my pleasure to share you with the world, Cyndi! I sure feel what you are saying about finding time to write with family life, work and all the other time demands. So wonderful that you push yourself to do it. Thank YOU for graciously finding time to hang with us. Now. Can I offer you some haggis? How 'bout some oatmeal? Whatever you fancy, just say the word!