September 18th, 2011 was the official launch date of my new novella BLED.

You can learn more about it.

So, right now, the first 50 copies of BLED sold at AMAZON will get a copy of SHED, the second book in the series sent to the buyer by email for FREE. Just send your Kindle receipt directly to me jason (@) thefarthestreaches.com and I'll send you SHED in the format of your choice.

Also, to celebrate the launch and get the word out about this exciting story in the Dovetail Cove series, I'm appearing on a number of websites and blogs. They are: 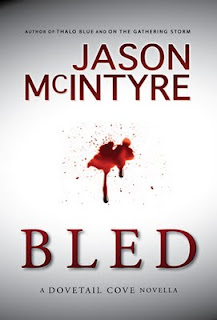 September 19: Reading, Writing and the World of Words 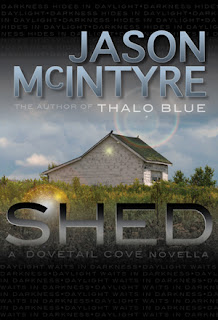 Please check back as more dates on the tour are added and each of these are linked to the posts at each wonderful tour partner. Many thanks to all of the above friends for hosting the BLED launch tour!

J. Alexander Greenwood // What Happens Next?

Alex Greenwood's approach to the marketing of his fiction is similar to my own. He's spent the last year or so building up recognition of his first title, 'Pilate's Cross' with appearances on book blogs, author sites, social media and traditional media. He's had a successful run at creating a unique mix of virtual bookshelf space for his work and also traditional space by doing media events and book signings. 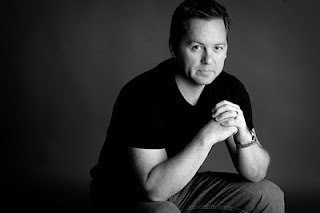 Now he's working on a sequel for the story and wants to share a bit about how that's going with his readers. When I learned of this, I wanted to allow him a bit of space to talk about it. Sounds like it's going well, Alex.  Take it away!

After my first book, the mystery/thriller Pilate's Cross hit ebook shelves everywhere via Smashwords, then Amazon--and the paperback became a book club staple in my hometown--I was given a mandate by readers: tell us what happens next to John Pilate. 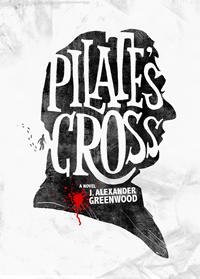 Indeed. What happens to a beloved character when the book is finished? I had no plans to revive Pilate and his world; I was determined to focus on short stories. Then came the most flattering words I ever heard as a writer: "I felt like the characters in your book were my friends, and I dreaded the last page and letting them go."

In the beginning I felt the same way--there wouldn't even be a Pilate's Cross, let alone the upcoming Pilate's Key--without my love for the characters. After rejection by more than one hundred agents and publishers, I nearly let John Pilate and his friends slip from my grasp. They would live in their own world on my computer hard drive like Moriarty on the holodeck of the Enterprise-D (Star Trek fans, that one's for you).

Instead, I took a small chance on issuing an ebook. To my delight it drew a small but very loyal fan base. As I put the finishing touches on the second John Pilate story, I'd like to say on behalf of John Pilate, his friends, enemies and acquaintances--a sincere thank you to readers.

I suspect my fervent hope is the same for all writers: we'll keep writing our best stuff and you'll keep reading.

Award-winning writer J. Alexander Greenwood's new book Pilate's Key will be released in the Kindle Store and Smashwords in November. His first book, Pilate's Cross is available on Amazon, Smashwords and wherever ebooks are sold. To save 15% on the paperback version of Pilate's Cross, visit http://tinyurl.com/26ew94o and enter coupon code OKTOBERFEST305 at checkout by Sept. 23, 2011.

Larry Enright Presents: A King in a Court of Fools

WANTED
One Dead Tree Paperback or Alive in EBook!
For Having Way too Much Fun 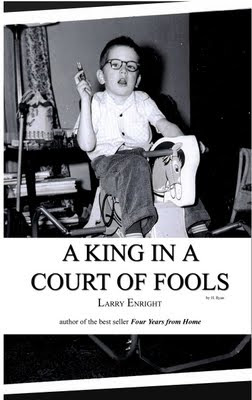 Behind The Words // L.M. Stull 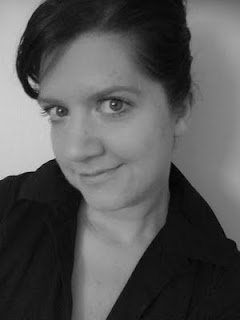 Watching L.M. Stull's Twitter avatar these days is like the downtown Christmas light display. It's brilliant and beautiful. But in a second or two, it'll change. And I know she'll be amused by this comment. Laughing yet, Lisa?


L.M. Stull (Lisa) is one of those rare writers who is not solely focused on writing but also on how it gets to readers. As such, she's an active member of several groups and does mounds of work establishing her online presence. I've had soooo many wonderful Twitter chats, email exchanges and


I would bet most of her contacts out here in the Reaches would agree and say the exact same thing: Lisa's not just a writer we know. She's our neighbour in this writerly world...