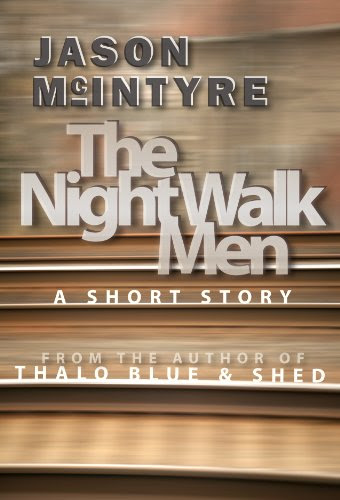 To everyone the last week who helped spread the word about my novelette, The Night Walk Men, I want to extend my hand to you. Thanks to all of you --you know who you are-- for helping to push this story as high as [EDIT] #3 on the Amazon Kindle Top 100.

It also topped out as #1 for Suspense fiction and #1 in Occult fiction before it began its retreat from the top ten.

In about a week's time, this short book of mine has been downloaded over 34,000 times by readers on Amazon. Together with downloads from Smashwords, Barnes & Noble, Sony and a few other online stores, the short tale of Obsidion, Monserrat and the other Night Walkers, has been snagged in digital form a total of over 44,000 times.

That blows my mind.

I want to thank everyone who had a hand in getting those copies out to readers and everyone who has shared a tweet, a Facebook mention, or a kind word about the story itself. Not everyone digs it, but most people seem to think it's some of the best writing I've done.

And I'm not done. Not by a long shot with this world.

Have I mentioned this story is merely the prologue to a multi-layered, ongoing saga? The first book is coming along nicely and I hope to have some of it to preview shortly. In the meantime, I offer my thanks and appreciation for this milestone and hope you'll have a look at some of my other stories.