Behind The Words // Thea Atkinson

Author Thea Atkinson has over one million different titles available. Okay, I exaggerate . But she is prolific and every encounter I have with her is fun and insightful. She has a number of shorts and full-length novels available and she's writing new material all the time. I feel a certain kinship with Thea as she tends to write really character-driven pieces that each look at some of the darker corners in a room. Let's peek into her world and see how she maintains such a furious writing pace and what she's up to. 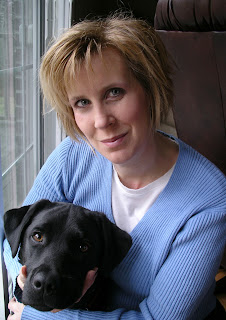 You would know nothing of mine. Ha. So there. I’d love to say I wrote all the Amanda Hocking stuff or the Harry Potter stuff, but unfortunately, I write weirder stuff than that. Somebody dies. Every time. Well, maybe not the last novel. I think they all lived, but it was close. Seriously, I write what would be termed psychological fiction. Anomaly is my latest, One Insular Tahiti was my first Kindle offering and then Secret Language of Crows. All drama, character driven fiction. On the dark side in places…enough to make some readers cringe, but in the end, I hear they root for the characters, so it can’t be all bad.


Thea on her writing space...

My laptop is in my kitchen but it is guarded by two 4 inch gargoyles. I have space for tea. I’m always drinking tea when I write. It’s better libations than booze, truth betold. It lubricates my psyche. I listen to Tool and A Perfect Circle and Black Crowes and Dave Mathews band and Fiona Apple and….well, you get the picture. I listen to music a lot while I write. It lubricates the typing fingers.

I’m usually wrapped in my polar fleece housecoat—even when I’m fully dressed. I like to be warm, you see and it’s pretty cold in NS in the winter. It might be ‘Spring’ now according to the calendar, but someone forgot to tell the North wind.

I am working on the next in my series…well the first in the series. I’ve just released the prequel and the first book is well underway. It’s different than my usual because I’m hoping to have some paranormal in it—more of a slipstream sort of affair. And it’s different because it’s my first series. I usually tell stories in one fell swoop and then move on. I think I have enough story with this one to make a series of four books. I figure the first book will be out in September. You know, barring a meteorite, or in NS, the equivalent, which is a snowstorm in July.

Thea on her approach to writing... 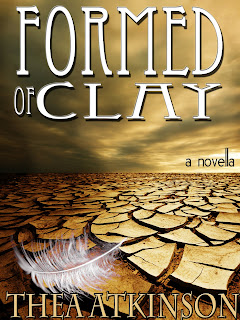 Oiy. So tough. Hmmm. My approach is that of discovery. I want to write what I want to read. So I sully forth trying to tell myself a story—one that I really want to hear. I always fall short, but really, that’s what propels me. I want to know about the characters and what motivates them…what brings them to the ends they end at, and what will they do once they get there.

When I’m writing, it’s about 2000 words a day. But sometimes I need to incubate and process. I often write before I research and then discover that the research is bang on to what I’ve written. That’s always a surprise, and it’s how I know that I’m tapping into something like an Akashic record of tales somewhere in the ether. (too airy fairy for you?)

[editor's note: not in the slightest. Love it.]

Thea on her support unit...

It took my husband a long time to realize that me lying on the couch with a pillow and a blanket did not mean I was sleeping. I was ‘plotting’. It’s the best way to plot. I like to meditate with a pillow and a blankie. And with my eyes closed. So shoot me. He is always supportive. Very much so and he is my worst critic. If I pass something by him, it has to pass muster. Sometimes it doesn’t and I have to start again.

I’m at http://theaatkinson.wordpress.com and I’d love to send folks to my novella: Formed of Clay on Amazon. Just 99cents you know. Not a bad bargain for a nobody like me.


Thank you so much for stopping in and sharing this view into your world and work with us, Ms. Atkinson!
Posted by Jason McIntyre