Behind The Words // Joel Blaine Kirkpatrick

As a writer, Joel Blaine Kirkpatrick is as prolific as he thinks I am, if not more so. The author of four novels, plus the purveyor of an author-centric and review blog, Joel also devotes time to marketing, self-publishing and is the newly anointed Acquisitions Director for Journalstone Publishing.

Joel and I met late last year and soon, I was honored to be included as a guest at his blog. He was a gracious host and I aim to return the favor -- despite the sale of my tractor falling through. I don't hold Joel accountable for the tractor, of course. It was old and I was apparently unaware that I owned it.

So, how does Joel work? Where does he work? For those answers and more, let's look to the man himself, as it appears, he too is perpetually looking for something (over there --->) 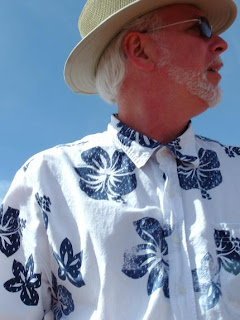 So. Who the heck are ya?
Miles and Colin’s Dad.

What have you written that we would know?
Harmony’s Passing, Caraliza, Breathing into Stone, Shared

Describe your writing space.
It's a comfy chair. Sometimes my desk upstairs, but that's only very late at night.

Do you eat while you write?
Lots of candy.

Talk radio?
No. Conversations not allowed. I can tune out lyrics/singing; not speaking voices.

Is there a sheep grazing outside your window?
Elk. Seriously.


What are you working on these days?
A super secret fifth novel. But it is waiting on me at the moment, only the very first chapter has been completed. I’m presently involved in reading rather than writing. The horror contest for JournalStone has a deadline looming, and we are very busy trying to get all the entries scored for the first round selections. After the contest concludes I should be able to begin the research for my own next piece.

How is it different/similar to your current book or story?
Similar in voice to ‘Shared’ or ‘Breathing into Stone’; it is a period piece. Different from them in that we all know the characters.

Intriguing -- are they historic figures, Joel? Or characters that we literally all know?
I’ve wanted to try an Alternative History, and that is what this will be. I take one very real moment in time, and let one of the players do something vile and unthinkable. The result is astounding. But, this book won’t be released in eBook at all: only hardbounds. It won’t be my last novel. I just want to have written one thing that lives and breathes the way my favorite books do, in true physical book form

So, do Darcia Helle and Maria Savva travel back in time to the Elizabethan era in olde England? Or will you and I do some farming in the 18th century?
Ha! Right in the middle of our little tractor-chase my younger brother gave me one of his own stories to read. It was supposed to be a very serious piece, with a horrific accident in the opening – a tractor accident. I offended my brother terribly by laughing with glee while reading it.

To answer you: my next novel will take real people we all know, and pit them against an event which is both a simple human action, and also a history changing event. I remake the world in the span of a morning, and I’m not giving any clues about what period of time. The research will kill me, because up to my event every person involved has a verifiable place in history. I can’t get any of it wrong. There is some inspiration though, in the suggestion that DeeCee and Maria Elena travel back in time. I can imagine them haranguing Henry VIII for his very bad manners, and his taste in women, or shoving Cleopatra aside to give advice to Caesar. “Julius! Hon, those sandals are SO last year!” Can you imagine the hilarity of trying to convince Henry to go vegetarian?

When can we see first samples?
I’ve shown it to one other living soul and she gasped. It will remain locked away until about two weeks before publication.

Barring a meteorite hitting your roof, when will it be out?
I only know sometime in 2012.

Any writing techniques/topics/approaches that make you a unique writer in today's world of 'everyone and their dog' publishing books?
I have no genre yet. Most Indie authors are making an effort to find a writing theme. I don’t think I know how.

Use a computer?
Laptop. A hot one.

Quill and cow's blood on parchment?
Those are both food.

Notes?
Almost never; until my story reaches a point where it needs to reference itself. Then I only timeline stuff. I work out plot in my head.

Research?
Always for location. I want to visualize the setting. I was all over star charts and virtual planetariums for my first novel. 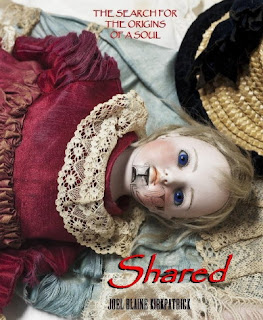 How much do you write in a day/week/month?
196,000 words in about 35 days for novel # 3. I won’t be more detailed than that. Its important to have people think this is work.

What's your editing style?
No rewrites. I shuffled a novel for an agent, and can live with the results. Hell, I published the results; but, I have no need to adjust plot or characters. They are typed fully formed. It all happens in my head before I touch the keyboard. (Well, that’s not even true now. I just reissued my fourth book – because of a single sentence. I couldn’t live with that one sentence.)

What does your wife think of you being a writer?
My wife actually pays it no mind. She admits jealousy at my female characters though.

Does she understand your process?
There hasn’t been enough interaction for that yet. I’m really doing it without any fanfare here at home.

Do you get the space you need to do the writing you crave?
I really have as much time as I desire, but I also really need to get back to real-life work. My sabbatical is played out. Now guilt is keeping me away from a new story.

Does she bring you chocolate cake to keep you out of her hair?
This is so funny it is cruel. My wife bakes. She’s on the cusp of starting a bakery business here. She bakes about thirty pies a week, lots of other stuff, and several coffee shops and restaurants sell her goods. I get none of it. None. Not one bite. She says I have to drive into town and buy it.

Joel, my friend, thank you so much for stopping by and sharing a bit about what you do and how you do it. Readers are enjoying this peek into the worlds behind their favourite writers' words and your visit today has been a big part of the fun. Your upcoming novel sounds very out-there. But then, so do you!