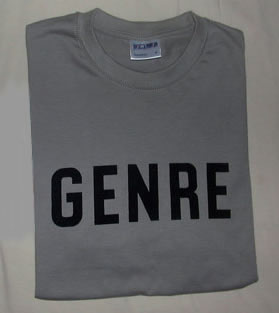 I'm taking part in a fun writing exercise with independent author and all round fantastic woman, Maria Savva. She's the author of Second Chances and, clearly, from our project, she's one prolific writer.

We're over at www.bestsellerbound.com and getting a number of hits from people following along as we build a story together. It's been a blast: on a whim, Darcia Helle (another talented scribe) suggested we write a story about a nasty book reviewer who gets what's coming to him by way of the authors tarnished by his powerful, widely-read reviews.

Maria and I took up the challenge and have been writing for a little over a week. An interesting point to note is that we have had only had a handful of conversations via email and none of them are about the story. We didn't make a pact or anything but I think we're both having fun just getting out of the way when the other gets a turn.

The story has come through some interesting twists to where it is today. The pattern emerged that Maria would write a chapter and leave it open and then I would return when I had some time and write the next chapter. Sometimes we try to stump the other but, so far, no one has dropped the ball on any of the twists or surprises.  Visitors and members seem to be enjoying it and that's a great feeling for anyone who produces anything meant to be shared.

Another interesting thing (among many) comes from the fact that Maria and I are much different writers. You can tell from the different way we approach this story that we probably read different kinds of books and, therefore, are pulled to different characters, events and styles. One of us might write a very exciting scene where the characters are doing all kinds of scheming and then the other might change gears entirely and throw some sad and poignant backstory at the reader to mix it up. It's not unlike the manic right-and-left brain battles one writer will have on his own project, but it's so extreme here because there's more than one mind doing the heavy lifting.

I think one of the most telling things is if you look at our story in terms of genre. There's some romance, some noir, doses of black comedy, crime drama, some interesting dramatic tension, some harsh reality, and (lately!) some almost bizarro comic stuff.

What surfaces is an interesting melting pot. We move from genre to genre in what appears to be a smooth fashion, but really, it's likely that only our subconscious writing instincts are guiding us -- it should be noted that we are not editing as we go. This is entirely first draft stuff. I've headed back in to change two or three glaring type-os but other than that we are not skating backwards. Only forwards, towards the net.

It starts me thinking that the idea of genre really is getting blurred, particularly among the independent e-book authors out there. Why would any of us strive to have our stories in one genre when it is so accessible to borrow from everything?
Posted by Jason McIntyre